His name was Mark. He was a sophomore. I was a freshman. He was in my English class. I thought he was cute. He told me I was a good writer. It was the night before winter break started. I saw him in the bar I'd gone to with my friends. He invited me back to his dorm room. I went with the thumbs-up from the girls. He opened another beer for each of us.  He turned on the stereo. There was kissing. It was all good.

I said no. I said it loudly. I said it several times. He ignored me. He said, "Come on. What did you think you were coming back here for?"

When it was over, he fell asleep. I got dressed and went home. In tears.

I didn't say a word to anyone. Not for days.

When I finally got up the courage to tell my mother what happened, she blamed me.

And I blamed myself. I was drinking. I went to his room voluntarily. I kissed him. What did I think was going to happen?


It was my fault.

I believed that. For over 30 years, I believed it. I was ashamed, embarrassed, angry with myself for putting myself in that situation. And until this morning, my mother was the only person I'd ever told. This morning I blurted it out to a friend during conversation on FB Messenger... and I realized that I could say it out loud.

I can finally say the word I've refused to apply to myself for nearly 35 years...

I never spoke to Mark again. I saw him on campus occasionally and when I'd pass him on the sidewalk, I'd look at the ground instead of him, ashamed, embarrassed, and angry with myself. On some level, somewhere deep inside, I knew he was the one I should have been angry with. I knew he was the one who was wrong. But that place was DEEP inside.

So I stopped thinking about it. I just pretended it didn't happen.

Occasionally the memory would bubble to the surface, during a conversation, a movie, a date. When I did a report on sexual assault on college campuses for work a few years ago, the memory reared up, tall and strong, and slapped me right in the face. Hard. I had to think about it, whether I wanted to or not. I realized then that the incident - the rape - has impacted, on some level, every single relationship I've ever had (including the one with my mother). It explains how I haven't ever fully trusted myself or men... how I've never been able to completely show myself to anyone, to be completely vulnerable or honest.

That was a hard realization to come to.

So I pushed it on down again.

Because that's what I do.

A couple of years ago, two very good friends countered a comment I'd made on Facebook about how a girl shouldn't "put herself in a position to be raped." They lovingly told me that no matter what position a girl puts herself in, when she says no (or is incapable of saying yes), that should be ALL it takes for a rape NOT to happen. I tried to justify my statement, born out of 30+ years of belief and blame. They persisted. And for the first time ever, I began to see it all in a different light. For the first time ever, I began to think that maybe, just maybe, it wasn't my fault.

Then, a few days ago, the 'Me, too' posts started showing up on Facebook... and I started reading about what other women have endured. At first I thought, how brave they are. Then I thought, there's so many of them. Then I thought, I'm one of them.

People often comment about how open I am, in my blog and on Facebook. I always maintain that there are parts of me no one has ever seen and there are things I will likely never discuss. I believed for a long time this would be one of those things. But this morning I said it out loud and the Earth didn't open and swallow me whole. The sun is still shining, the breeze is still blowing, and I'm still right here... 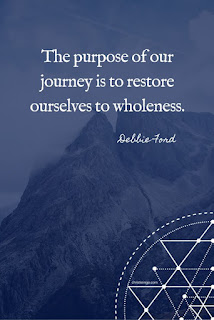 I have decided that I should like to fall in love again.

I have been, for all intents and purposes, single for 13 years. And it’s been largely OK. The first two years were by design – they were spent healing (silly me, I thought two years would be enough). After that, I dated on and off but nothing stuck. Every time I put my heart out there, it got stomped on a little bit. Or a lot. And I did some (unintentional) stomping (which was even worse). So I built walls. Tall ones. I didn’t let anyone climb them. I took myself out of “the game.” I did it intentionally… mostly. At first. Then it became habit…

When the cancer came, it broke me in many ways; it made me feel broken. And the idea of starting a relationship with someone new and having to say, “Oh, by the way…” was not something I was in a hurry to do. For a long time I thought it might preclude me from ever being in a significant relationship.

But that was fear talking again.

And I’m finished with being afraid.

Over the years, I’ve watched so many of my friends and acquaintances – many of whom seemed to be confirmed SINGLE FOREVER - find love. I’ve seen people split from their spouses and, within a year or two, find happiness with someone else. Both of my ex’s exes have happily remarried (and they came after me).

This new phase of life, and the thought of the opportunities and possibilities ahead, has made me realize that although I manage fine on my own – and I quite like my own company – I really do want to fall in love again and be a part of a duo. I’m not looking for it to happen tomorrow, or next month, or even next year… but I want the Universe to know that I’m FINALLY open to the possibility. 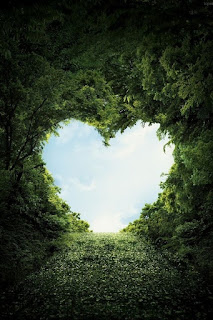