Forgive me bloggers, for I have sinned. It's been a week since my last confession... er, post...

Wow, this week just flew by! The last time I checked, it was Saturday. And here it is, Saturday again! But I've got reasons for being AWOL (and by 'reasons', I mean 'excuses'). As I mentioned, the Republican was here at the beginning of the week. He's on leave from Afghanistan and came to visit little old me for a couple of days. We had a good time - ate out a lot (and I gained a pound this week... damned Republicans... everything is their fault), went to the movies ('Leap Year' should win the Cutest Movie of the Year award... predictable and formulaic, but adorable nonetheless), and just generally caught up with each other. He's back with his family in NJ now (washing my liberalness out of his ears, I'm sure), and will be heading back to the war zone in about a week. Before he left, though, I had him take a new photo of me to post here and on my FB page. As I might have mentioned, I loathe having my picture taken. I'm pretty much the least photogenic person on the planet. But the Republican is a professional photographer so I figured if anyone could take a picture which would make me look mostly human, he could. Plus, he owed me, after taking those horrific shots (without my knowledge) that sent me screaming to Weight Watchers. Anyway, this is one of two new pictures (the other is in my profile... and I hope you like it because it's the one I'll have posted on here for the next 3 or 4 years)... 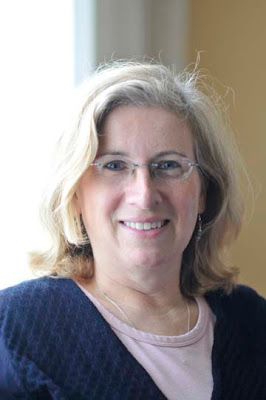 I didn't hate them. And that's saying a lot. I have to be the worst 'model' ever, though. Being on the other side of the camera lens (and by 'other side', I mean the 'wrong side'), has to be one of the most uncomfortable things I can think of. Giving birth was worse. But not much. In fact, I'm thinking that one of my 45/45 Challenges should be having my picture taken every week until I can pose for a photo without hyperventilating or wanting to throw up.

Anyway, the rest of the week was busy, too. I taught my first adult creative writing class on Thursday night, which was a lot of fun. The weather was dismal, though, so our numbers were down by two, but it was OK regardless. This Wednesday will be my first 'seniors' class about writing memoirs and life stories. I'm looking forward to it, as I have (as of right now) 6 people signed up. The turn-out for all my classes has been better than I expected. Today was the second Superhero Saturday and it went as well as last week. And a teacher friend approached me yesterday about doing a poetry workshop with her 3rd grade class soon. That? Will be seriously cool!

Other than that, it's just been life getting in the way of blogging. This week coming is going to be busy, too, but will hopefully lend itself to reading and writing as well! I hope your week was wonderful, my bloggy buds! I'll make my way 'round Blogland tonight and catch up on all you've been doing!!! XOXO
Posted by Diane at 12:58 PM

I hate having my photo taken, too... but if giving birth is only slightly worse, maybe I should be less worried about that!!

I can vouch for her dislike.
I took some marvelous pictures of her during the visit down there, and she won't let me post most of them

The thing is to find parts that are good and focus on them.
I think.
Then again, I'm not a professional photographer so much as a serious amateur.

Anyway, there you have it.
Nice photo, gal.

Wow...I feel privileged to be privy to all this information before you blogged about it! :)
I still think the new pic says a lot about you (again, in a good way).

This is one thing that will make you forgive him as a Republican I think..he takes good picture of you! I love how he captures your face so honestly and soulfully..you look great!

Love the update. Everything sounds wonderful. Love that you're teaching!

I'm so glad the classes are working out!! Sounds like life is full and happy!!
PS - The picture is great, and I'm not just say'n that because I'm your friend. It really is!!

Sounds like things are going really well...2010 just may be YOUR year! After teaching a few more classes, maybe you could do a web class for all your bloggie buddies!

Diane ~ You are BEAUTIFUL! inside and out.

I have been having the best time reading through your older posts. What a great life you have.

Look at you! So competent looking, so serene. Who'd know you felt like throwing up ;)

Your writing classes sound great. Lower numbers are actually better, I think, as it gives you plenty of time for individual attention.

You absence here means you are living a good life.;)
I LOVE the new picture, you look great!;))
Have a nice Sunday,
xo
Zuzana

Great picture but I thought I was the least photogenic person on earth? I liked your profile but ther sheep photo and the fact you promote animal adoption got me for sure. GREAT BLOG!

Glad I found you. Your little Batman lookds a promising author. And your daughter just looks like the discription you gave her;)

Sorry, but the difficulty to take your pic must be more in your mind, my dear (just teasing), there's not any anti-photogenic (I know, wrong word, but I couldn't find any other) feature in your face that I can see!

Great photo. The way the Republican has captured you melting into the light is a most fitting metaphor. Sounds like a splendid week. Good for you! :)

I dislike having my photo taken too, I am not photogenic, I cannot pose, as soon as I do my face freezes ... the only photos I do like of myself are those which were taken at random.
You look beautiful Diane, the photo has captured your inner beauty and softness and just a hint of mischief with that lovely smile. ♡

I'm loving that photo! I feel like it really allows me to SEE you for the first time ... the other photos are often so small and this one is quite clear. You look very peaceful and happy and blonde!!! And I love love love your glasses. Be proud of this one!

I'm in your blog! I'm in your blog!!! I feel like a little kid that passes behind the TV camera of a newsreporter! haha
I love the picture...am glad the "Repulican" in your life brings you joy (mine which is my father does NOT)...and what about coming to dinner this NEXT week so we can talk about poetry details?? Ryan and Abigail can gossip and play Wii while we plan and drink wine!

Hello there, Gorgeous! Of course I've seen this already, but it's always nice to see you!