In the independent living class I get to teach at work (to adults with intellectual disabilities), we cover lots of things, like shopping and cooking, getting around in the community, safety, and, of course, reading, writing, and math.

In order to consistently reach and teach five individuals with varying intellectual impairments ranging from mild to pretty profound, lesson planning has to be creative. I look for ways to challenge them without making things too hard; I try to keep things fun; I make sure I can keep them active and engaged (and that's the hardest part - the engagement).

To those ends, I invented a game - Word Jenga.

I'm guessing most people have played Jenga before... it's that wooden puzzle game, where you pull out a block from a stacked tower and put it back on top, making the tower taller and less steady with each turn. The object is, of course, not to let the tower fall.

Yeah. That whole keep it from falling part is fun and sometimes quite difficult for our group. And to add to the game and make it relative to our objective, I wrote words on each block, so when a player pulls the block out, he/she has to read the words and then put them in a sentence (or two or three sentences if putting all the words into one proves just too hard).

This is quite challenging.

A significant amount of help in some cases.

One of my players can read well, but forming sentences with random words requires his brain to make connections it's simply not capable of making.

During our game yesterday, he pulled a block inscribed with several words, one of which was LOVE. He thought for a while and though I expected to have to coach him into forming a coherent sentence, he stood up, grinned from ear to ear, and declared loudly and proudly:

And then? A little later? Another player asked me out on a date.

He wears a coat in the summer, he's shorter than I am, he smells of cigarettes, and he spits when he talks.

But he has a merry little twinkle in his smiley eyes the likes of which you have probably never seen.

And he said I was pretty.

Of course, he's also asked out every other woman in the office.

But that's neither here nor there.

He said I was pretty.

Everyone should be so lucky! 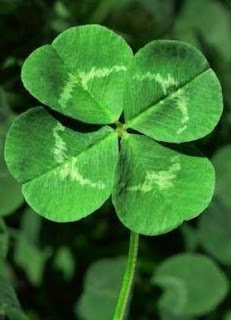 Yes Diane you are indeed lucky. Most of all because you have the right sort of vision enabling you to see that your good fortune comes from unexpected places. You LOOK fir it in everything you do and may you always find it & share it with us. Thank you for your vision & positivity.

Your blog posts just downright make me smile!!! Thank you!!

you are loved, and you are pretty.
a good day, indeed.

also, most of my coworkers play brain-jenga every day.
they pull one sentence out of their brains, and the whole thing comes falling down.
but they don't seem to ever notice.